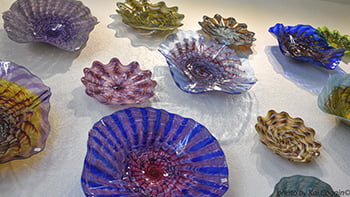 Thomas Everett Green (b. 1970) is a native of Hot Springs. He explores contemporary microscopic photography through painting, sculpture, and video installations that reference biology and nature. He earned his BFA at Middle Tennessee State University, and is MFA (with honors) from Memphis College of Art in 2014. He was the 2012-2013 recipient of the Hohenberg Scholarship. His work has been featured in magazines in the United States, Mexico, and Europe and has been shown in New York, Nashville, Memphis, Seattle, Detroit, and the Arkansas Arts Center in Little Rock. He was curator for the Center for the Arts in Murfreesboro Tennessee 2011 and 2012 and has contributed to publications including Taxi Art Magazine of Guadalajara Mexico and Number: Inc. an independent journal of the Arts for Tennessee, Mississippi, and Arkansas. Currently, he teaches at Memphis College of Art and Arkansas State University-Mid-South. He was recently included in the 2013 St. Jude Art of Science exhibition, 2014 Seattle Bumbershoot, D-Lectricity Detroit, and in the collections of Le Bonheur Children’s Hospital and West Cancer Center.